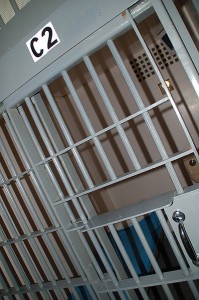 A Jail Cell is something to be Avoided! Image by Andrew Bardwell

The need for members of the police force to be held accountable for their actions has become almost critical in contemporary South Africa.

The crime rate, although showing a decrease since the mid-nineties when it peaked, is still unacceptably high in the eyes of most South Africans. If this problem is compounded by crime within the police force itself, the chances of effectively stamping out crime and corruption are severely hampered. It is thus that policing the actions of the police force is an imperative and duty that falls to both, members of the public and the police force alike.

Owing to the fact that one cannot buy textbooks online about how to deal with questions surrounding accountability in a contemporary, region specific context, the UN has released a guideline on the matter. These guidelines are obviously very much more complicated than the instructions for building model trains, but they nonetheless remain critical.

In 2011, the United Nations Office on Drugs and Crime released their “Handbook on Police Accountability, Oversight and Integrity”. It is an effort by this worldwide organisation to outline the necessary structures and oversights that are needed to increase police accountability within national police services.

As defined in the handbook, accountability is a system of “internal and external checks and balances” that are created to guarantee that the police force as a whole, in addition to its individual members, is held responsible for its conduct. These checks and balances are essential owing to the fact that police men and women are given authority and power that exceeds those granted to normal citizens.

Conversely, should the public feel concerned about a particular police action, controversy can be alleviated as any alleged irregularities will be investigated.

Given the recent debacle and chaos of the Lonmin miners’ strike at Marikana, the need for thorough investigation cannot be overstated. As stated in the UNODC “Handbook”, however, the accountability system is not designed to find individuals who can be scapegoated for organisational failures.

This is to say that it is instead a system designed “to uphold police integrity and deter misconduct and to restore or enhance public confidence in policing”. The handbook further points out that the term “police integrity” refers to “normative and other safeguards that keep police from misusing their powers and abusing their rights and privileges”.

The impetus is therefore not to disempower or undermine police officers or other officials, but rather to ensure that the force as a whole meets the moral obligations that the organisation sets out to ensure.

Accountability is a concerted and co-ordinated effort that combines many various sections of society, including the public as a whole. Central role players in the system include government representatives, parliament, the judiciary, civil society, and, importantly, members of the police force themselves.

Reading the above list, it should become more than evident that many layers of South Africa’s democracy come into play, in a sense empowering us with a civil duty. It behoves us all, then, to heed the call to action and support any efforts established by governing bodies to assist in a difficult process.

The most immediate channel that the public has to reporting incidents both within and without the police force is the Crime Stop Hotline. Any genuine information on any criminal activity is welcomed.